Ofogh Roshan Sahra Company was established in 2004 with a quicksand program. However, due to the change in the program in the country’s natural resources and the non-use of the company’s project in desertification, it continued its work by starting the production of water purifiers.

In 2011, after the floods in Pakistan and at the request of the Khorasan Razavi Rural Water and Wastewater Company, it entered the flood treatment basin and after a year, it succeeded in making flood treatment membranes for the first time in the world

The device required for this system was designed and manufactured in the company and after approval of the laboratories of Khorasan Razavi Water and Wastewater Company and Tehran Water and Wastewater Company and its patent for these provinces, devices were made and used  for floods and crises for removing turbidity and clarification of water. Currently, about twenty devices of this system in different capacities are Khorasan Razavi, Tehran  and Fars provinces and also one device has been sent to Bangladesh for the red crescent of Khorasan Razavi.

In various tests that have been done, in Golestan province in 2014 in the flood of Khanbabin river, in the presence of water experts of that province, it succeeded in reducing the turbidity of 32800 NTU to 0.73 NTU, which has not been seen anywhere in the world.

The device made for the Darreh-Bad project in Marvdasht city of Fars province is capable of purifying 1,300,000 liters per day.

Also, the device made for water and wastewater of East Tehran, located in Roodehen, is capable of treating one million liters per day. The company is able to produce devices in different capacities from one liter  to one hundred liters per second. 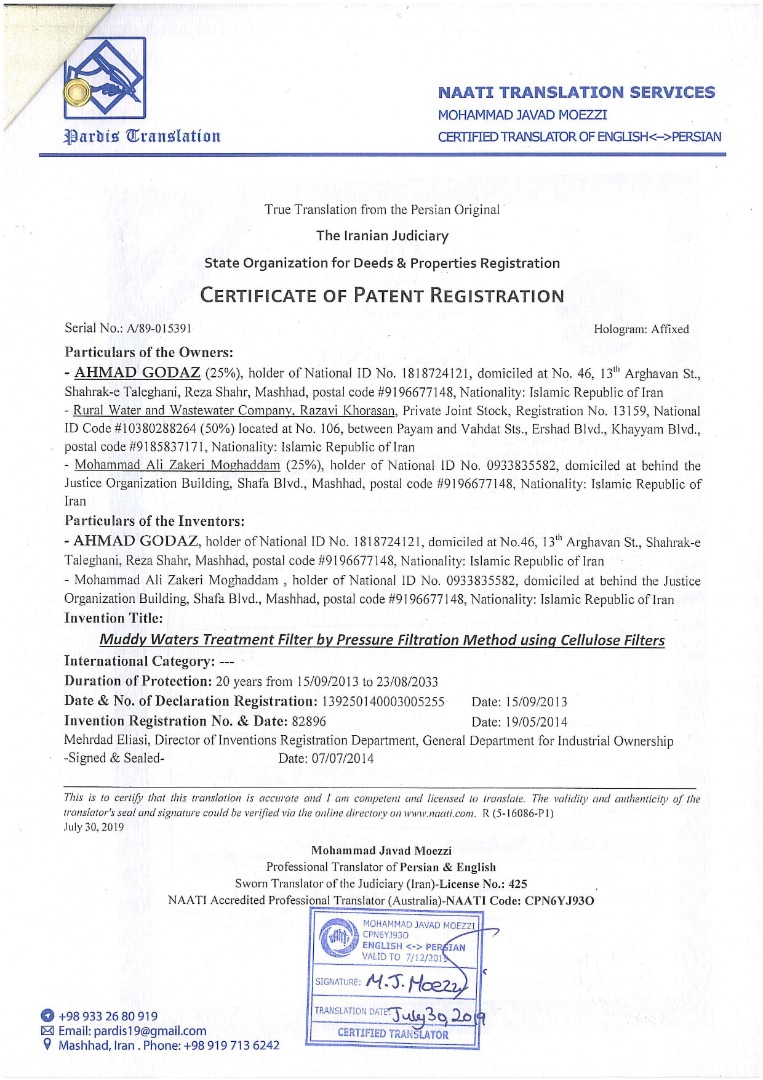 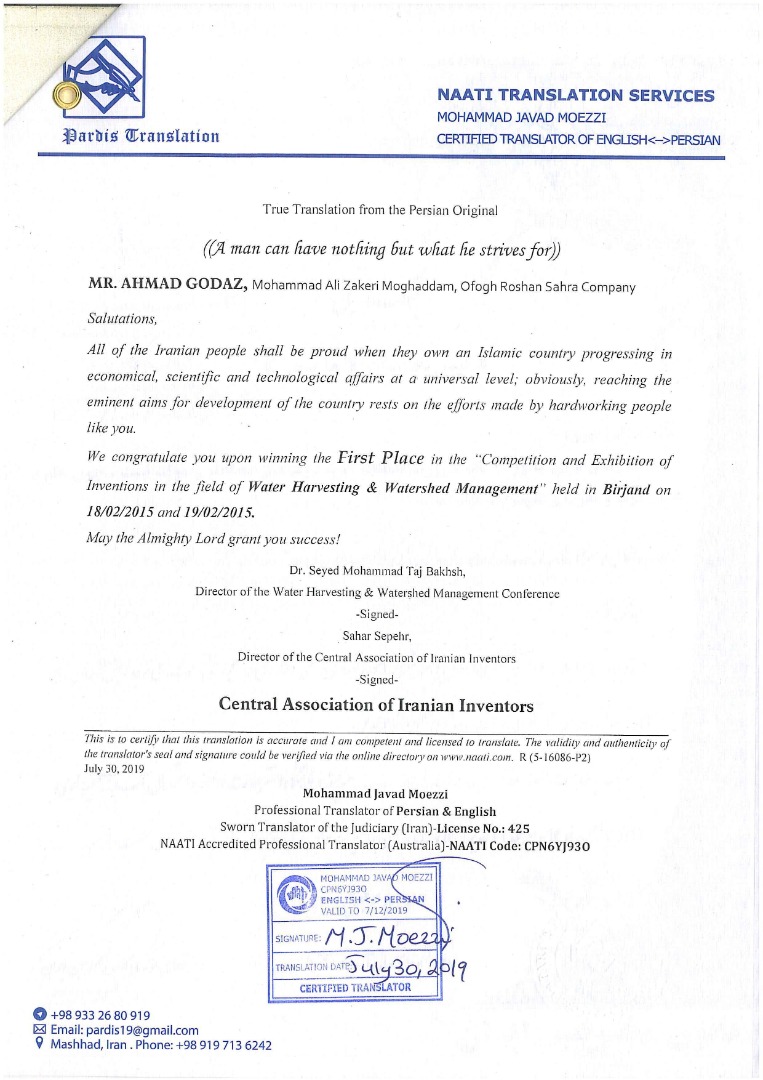